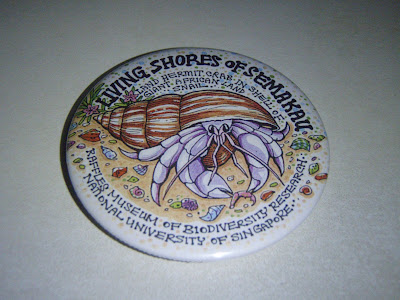 On 9th March 2008, the group 'Hermit Crab' consisting of 7 participants and 2 guides visited the Semakau Landfill with the Raffles Museum of Biodiversity Research for Nature Walks. The main guide was Ka Ching and her assistant: Justin.
When we first arrived on the island, it was raining cat and dogs, which was a disappointment for many of us as our walks are very rain dependent. However, it stopped right before the Semakau tour began.
Landfill tours
Participants were first introduced by the NEA guide to the operations of the landfill through a bus ride along the man-made bun which surrounds the site. Along the way, they were introduced to the marine-transfer-station where participants had opportunity to smell the incinerated waste to be deposited on the landfills. Next, they were shown the landfills cells while travelling along the man-made buns to the southern-most point of the landfill, which is also the southern-most point at which the public can access. There, the participants alight for picture taking.
Next, the bus brought the group to the entrance of the secondary coastal forest which grows on the actual Pulau Semakau. There, the group tracked along the water-logged footpath to the intertidal areas of the island, where the shore tours began, incidentally with strong theme of love..
Arrival at the shores
First, participants were briefly explained by Ka Ching to intertidal zone of the shores. Hence, emphasis was on the need for adaptions of the creatures found there due to the harsh conditions caused by tidal change. Thereafter, they were introduced to the first animal on the shore - OYSTERS. 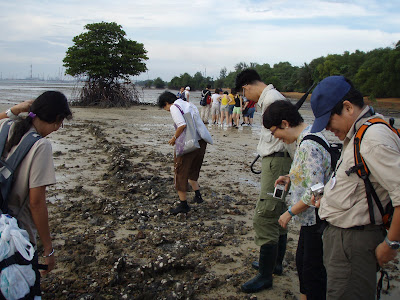 Love Choice of female Fiddler
Next, the group were led to the small mangrove patch where they were introduced to the plant and its community. Examples include the stilt root and vivipary of the Rhizophora plant, the anaerobic conditions of the soil and most captivating, the love life of the fiddler crabs.

The male of the fiddler crabs has one of its claws abnormally enlarged. With this cumbersome large claw, the male feeding and movement ability is compromised. On top of that, their large claws make them easier to be spotted by predators and to some extent, decrease their survival chances. Hence the question was: Why then does male fiddler crabs have one abnormally large claws if it is so disadvantage to them? The answer is in LOVE...

Biologically speaking, this is called sexual selection, where in this case, the female fiddler crabs have a "WEIRD" preferences to mate with males with one abnormally large claws. Hence the results: Male offspring also have one large claws. Thus, this traits are passed on to subsequent generations. Males with claws which are both normal sized will therefore not be able to find mate and hence not able to reproduce. (Note: Love lesson no. 1 from nature: Love may not always be logical)

Possessive love story of Common Sea star
After that, the "Hermit Crabs" were shown the Common Sea Stars. On top of their distinct tube feet and camouflaging colouration, the next love story was told here - How to stake claim on your mate.
When the sea stars are about to mate, the smaller male will stack on top of the female in order to 'stake its claim' on the female (Picture can be found at this link). However, their sexual organs are not in contact with each other. Hence for successful mating, both the eggs and sperms were released in synchrony for fertilisation to occur externally! A very unique way of making babies..... 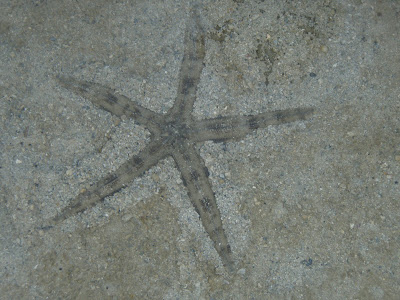 Bisexual?
The next love story told was from the world of hermaphrodites, with examples from some species of flatworms and nudibranch. As it requires more investments to be the female in reproduction, some of these hermaphrodites species will literally duel to be the male in the courtship! Each of them will attempt to stab their penis into an exposed area of its sex partner's body while avoiding getting jabbed itself. In some cases, they even attempt to cut off each other's penis (termed penis fencing)!! In the end, the loser of this mating duel will be the female... 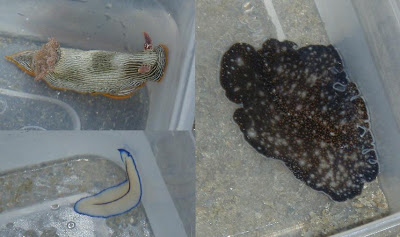 Eggs of mollusks
As the group ventured further seaward, products of reproductions were spotted... Eggs... From the phylum mollusa. Strings of snail eggs were spotted. Also, the group had the privilege of watching a 'nature slow delivery' of Noble Volute (2nd picture below) laying eggs! Seeing the group's strong interest in reproduction, when a nerite was explained to them, Justin took the opportunity to show the group on how the nerites mate(Picture far below, not from the walk) 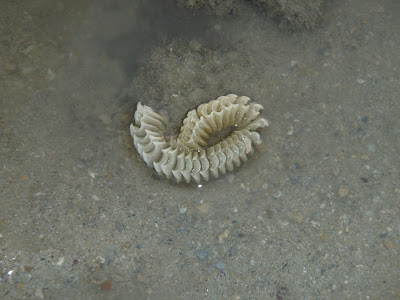 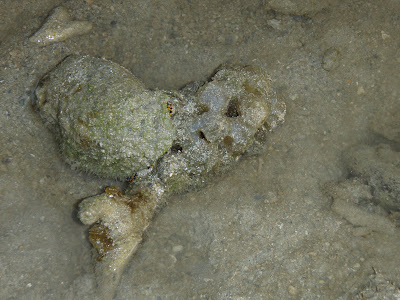 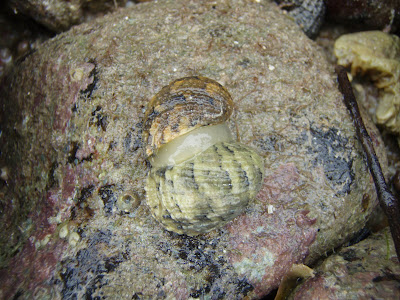 Conclusion
Therefore, the walk for the 'hermit crabs' do indeed contain essence of "Love in the sea". And its atmosphere was made more apparent under the romantic sunset backdrop of Pulau Semakau.... 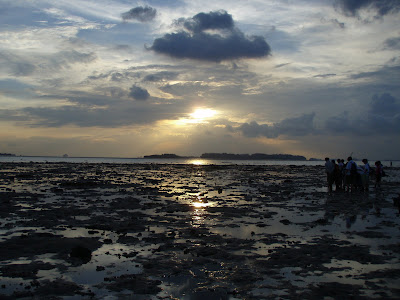 Pictures of some of the 'hermit crab': 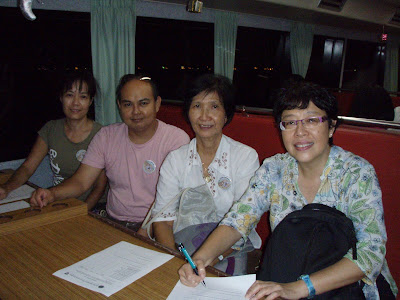 Other organisms featured on the tour: 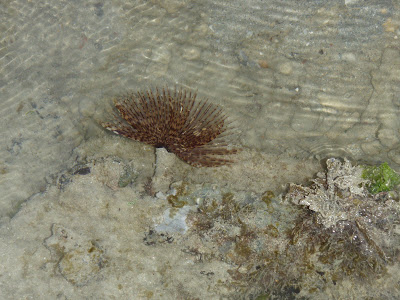 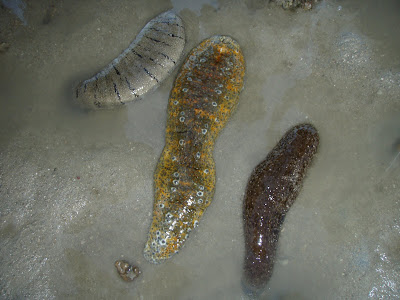 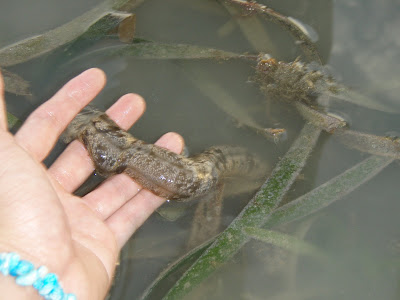 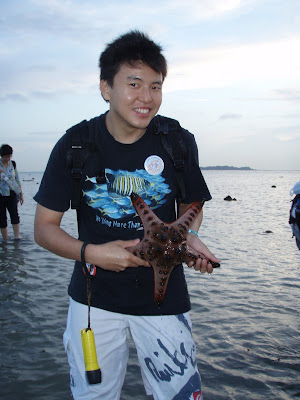 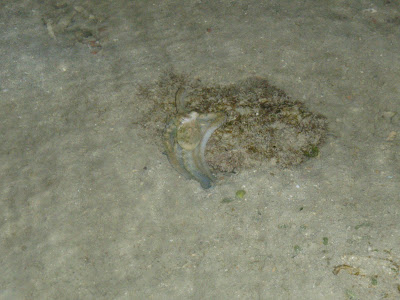 sexual selection: A form of natural selection in which, according to Darwin's theory, the male or female is attracted by certain characteristics, form, colour, behaviour, etc., in the opposite sex; thus modifications of a special nature are brought about in the species.

bro, love the way u put your story together :)

Indeed, you have an enviable passion for the seas...And it's great to know that you lead a group in scuba diving trips. Don't forget to gear up with the most reliable scuba equipment to make the most out of your diving experience...