During the earlier days, when kampongs were still a common sight on mainland Singapore, 'longkangs' were playgrounds to the now-grown-up kids. They would catch fishs such as bettas (most people know it as 'fighting fish') to rear them and subsequently used them to fight with their friends' bettas.
Also, it was also a place of owners to release fishes and other animals 'back to their nature'. Some of these released animals were not native in our region. Over time, a community of both native and invasive species is created within the longkang, eventually forming a longkang habitat......... 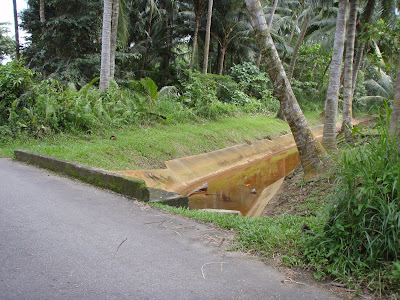 Recently, while walking along a road in Pulau Ubin with KS, RY, JL and IV, we chanced upon a longkang which was teaming with life. With one glance, we saw animals from 2 phylums and about 5 classes, mainly from the subphylum Vetebrata which is under phylum Chordata.
Apparently, like other longkangs, there were some invasive species, for example the tortise (class reptilia), which we could not take pictures of due to reflection of the water. Also, this fish (identification unknown) may not be a native as well. 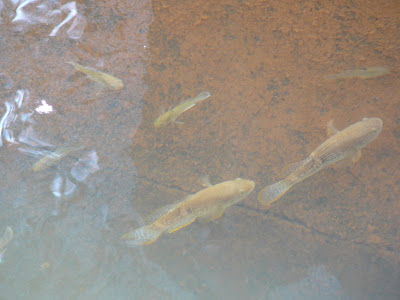 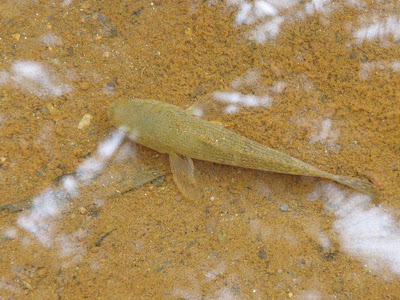 Schools of what looked like small half-beaks were also seen as well (picture below). 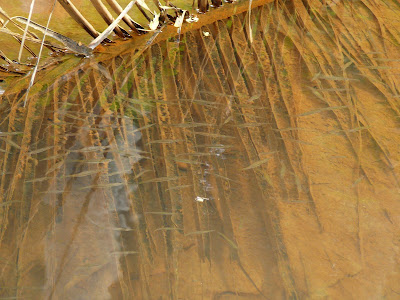 As this longkang is in close proximity to a mangrove habitat, some of the mangrove species were also seen, mainly the gobies.. 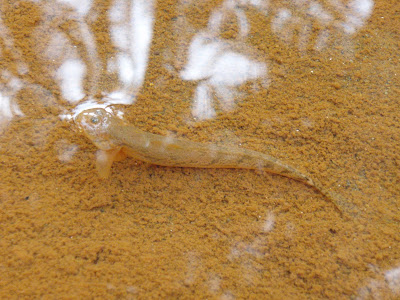 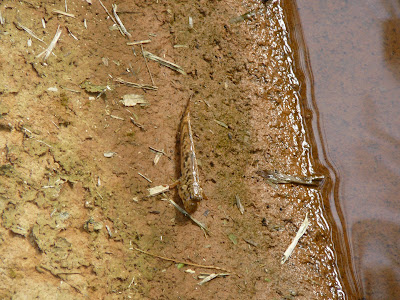 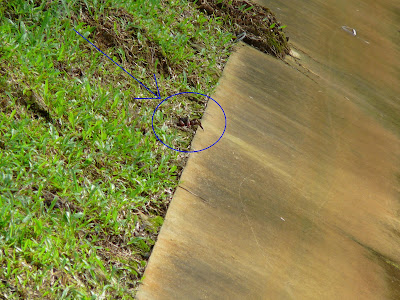 Also, a tree climbing crab (Episesarma sp.)was spotted by KS at the edge of the longkang (picture above). Some small mudlobster mounds (no picture) and burrows (picture below) were seen around the longkang as well. Species from the subphylum Crustacea (refer to the Spiders at our backyard..) seems to have a foothold here as well. 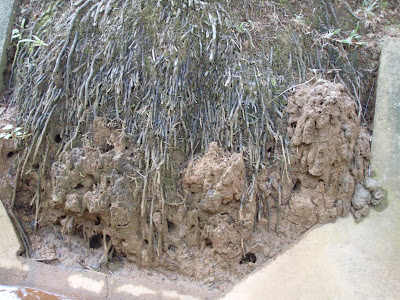 Couldn't resist the temptation, I decided to enter the longkang(picture below) to 'be 1 with the habitat' as well while the rest remained on the road to watch from a distance (picture far below). There, I tasted the water as well to confirm that it was fresh water. 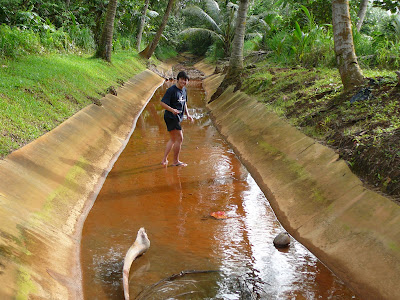 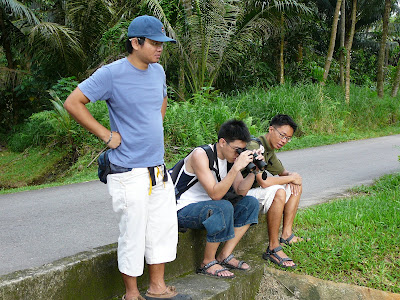 However, time passed quite quickly and we had to move on. Reluctantly, I had to leave the longkang, bringing nothing but pictures and an experience which not many urban dwellers have in our air-conditioned nation....
Note: scientifically, there is no such term as longkang habitat.
Translation:
longkang ==> drain

Keywords:
Vetebrate: chordates which has a backbone, or vertebral column, that forms the skeletal axis of the body.
Chordates: Deuterostome animals that, at some time in their lives, have a cartilaginous, dorsal skeletal structure called a notochord; a dorsal, tubular, nerve cord; pharyngeal gill grooves; and a postanal tail.
Also featured in:
Relaxing Ubin exploration (Part I)
References:
Solomon, Berg and Martin. (2008) Biology, 8th Edition. Thomson Brooks/Cole.
Peter K L Ng and N Sivasothi. (1999) "A Guide to the Mangroves of Singapore II: Animal Diversity". Singapore Science Centre. 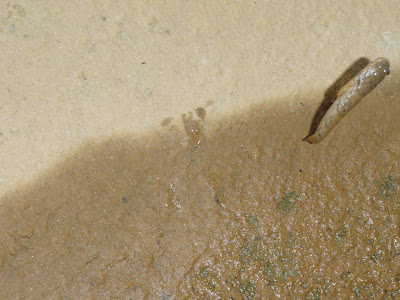 wo! a long kang with fresh water streaming in and supporting more than just our typical long-kang fishes and abandoned pet terrapins.

Actually, the turtles we saw in the drain might actually be native species; they're definitely not red-eared sliders.

I've narrowed it down to either the Black Marsh Turtle Siebenrockiella crassicollis or the Malayan Flat-shelled Turtle, both of which are native and quite uncommon.