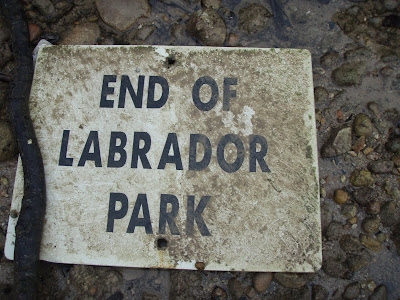 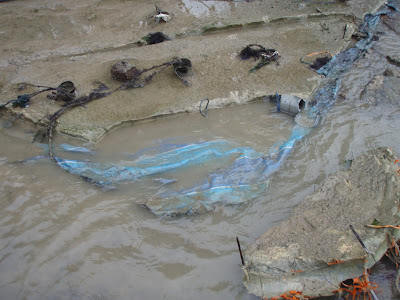 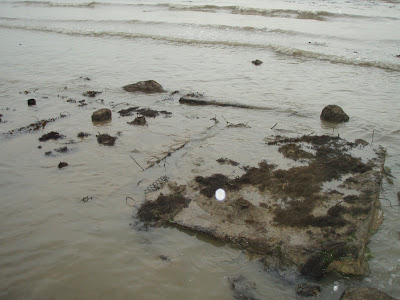 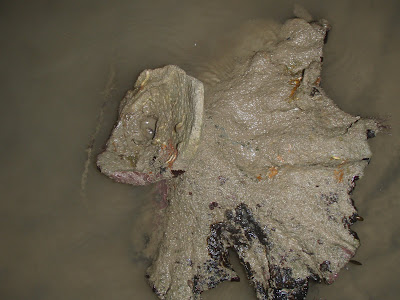 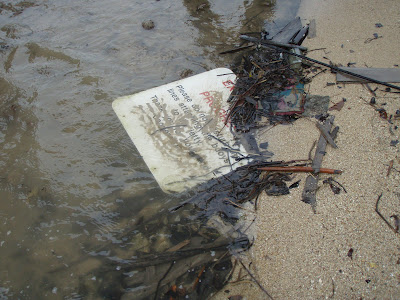 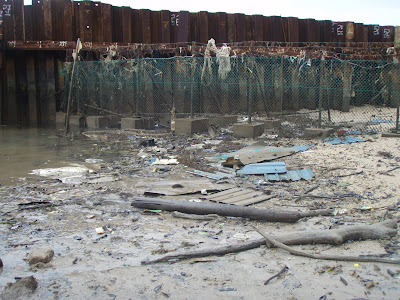 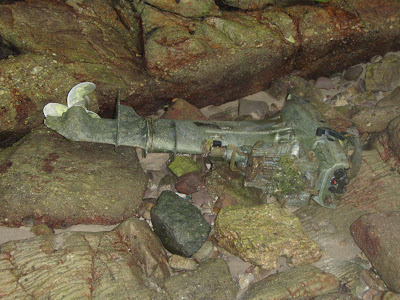 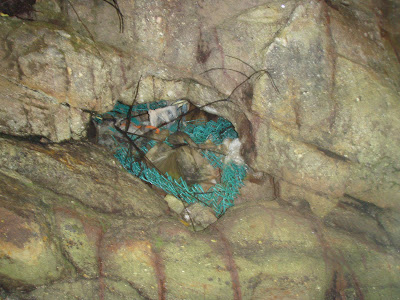 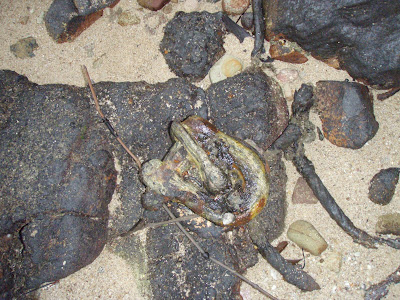 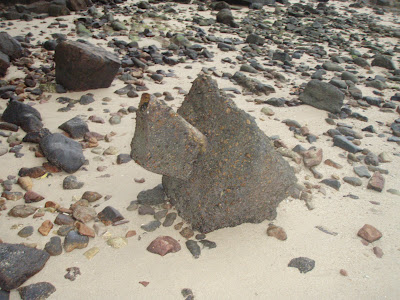 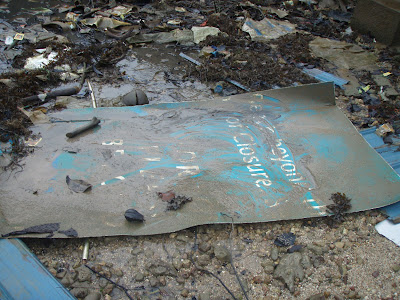 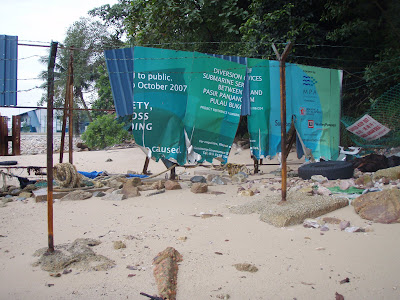 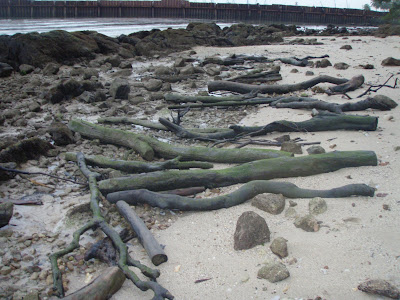 Note:
Picture taken on 12/12/2007
Pictures not modified by any software
Story-line subjective to individual's interpretation
Please help add words to this entry by leaving your comments at the end...

Backlinks and/or Related Entries:
Labrador Park seashore environment... with CONCRETE?!?
Is the Labrador talk really that cheap?
Posted by Justin Sng at 4:46 AM

Isn't it sad to have one out of four of our natural reserves in such dismay state. Debris may be common along beach area, but so excessively in an area gazetted as natural reserve is really embarrassing. Let's organise a clean up programme? Who's for it? ;)

It is disheartening to see Labrador Park littered in such a manner. My first trip to the reserve was a few months back with the LSM3251 Ecology class during a field trip, and I remember being impressed by this little protected forest enclave - it was clean! Something should be done about this pollution!

I am seriously saddened and taken aback by the look of natural reserve of today. What has this coral building project done to our natural reserve. By the looks of it, it doesn’t seem natural anymore. Or rather, I think that it has become yet another irresponsible human activity in the making.

Firstly, why are all the pvc pipes strewn all over the reserve? To make things worst, these pipes are considered man-made and have zero incentive for nature. Some are even strewn on the beach where life forms are present. In my opinion, this project seems to do more destruction to the nature than conservation. Look at those broken concrete slabs. Its saddening to see such bits of concrete littering the beach. How do you expect life-forms to survive in such harsh and littered filled conditions?

Secondly, the sight of the place just led me to one conclusion: An abandoned reserve. Just take a look at the site of construction. The project seems to be halfway through its construction with a lack of supervision. How could a signboard be strewn on the beach without its project manager noticing. Most biologists understand a simple thing: any artificial addition to the nature will have adverse effects on the reserve. How could a team being handled this project fail to meet this point if one of its utmost consideration is to preserve the nature? It has shows one thing: a very irresponsible team handling such an important project.

Thirdly, one of the signboards read experiment in progress. May I know how could a team experiment with nature?? This is such a shocking fact. If they want to experiment with something, shouldn’t they do it in the lab and not take the reserve for granted? What if the experiment fails? The failure of such experiments is not simply redoing the whole things like we do in labs. There is no turning back when the experiment is done to the reserve itself. Once failed, the whole reserve would also be in a chaotic state. Why such a big risk to our reserve, nparks?

Fourthly, the rubbish being left over in a NATURAL RESERVE is really too much to tolerate. This clearly shows that the litter is not left there due to human negligence but rather on purpose. If the project is to be carried out, then surely a protocol must be implemented to reduce littering. What is brought in must surely be brought out. I’m sure the project head must had understood such simple biological concepts to be handled this project right? So why this poor state of the reserve??

Lastly, why create something artificial in the nature? If the main purpose is to create a coral garden, we could have easily found a more suitable man made environment to carry out this project and thus avoided messing out with our precious natural reserve.

This just seems very contradictory. On one side, conservation is the message being put across to the public. But on the hindsight, what nparks is doing is really very disappointing. How could they convey the message of conservation to our own citizens if they don’t even lead by example? How could an organization being entrusted to protect our very own precious natural reserve do such a damaging thing to our reserve? I seriously hope that the issue gets settled as soon as possible to reduce e the damage already done to the reserve. Can we try to organize a clean up for the place? Should we stop the progress of such nature damaging projects? People might claim that life-forms still exists now. How about the future? Its long term effects? Did anyone even thought about it before the project starts?

All in all, disappointment just filled my heart. All I hope now is to return the look of reserve to its original state. Anything else doesn’t matter anymore!

Oh dear what happened????It's unimaginable to have a NATURAL RESERVE to be full of rubbish... The debris left were beyond the normal types of seaside debris.. it's a deliberate destructive of a natural habitat.

Oh my! I never knew Labrador Park was such in a mess. It is rather dishearten to see such a sight. Something has to be done!

very saddening. surely this isn't the "end of labrador park". we can't afford to lose another tiny piece of nature on our little island. something must be done!

The state of the Labrador nature reserve leaves much to be desired. The fate is large man-made debris (be it part of the project or not) should not be left on the beach. At the end of the day, debris are still debris/trash and if it is not beneficial to the shore, it should be removed.

The authorities need to do a better job at enforcing no-dumping activities and to take action against violators. The large debris is a safety hazard to users of the beach. Do we need for someone to be hurt before action is taken?

To comment further on the SP-related project, Singapore Poly is subjected to certification of ISO14000, to quote from SP's website "Singapore Polytechnic owes a duty to the community to ensure that the activities it carries out do not harm the environment.". In view of this, the question we need to ask the project manager is the risk assessment as well as the aspect/impact assessment of the project. Have the assessments been conducted, if so, do these assessments need to be updated in view of the current issues identified at the site?

The Environmental Policy of Singapore Poly states: "Singapore Polytechnic will protect, care for and continually improve our environment by complying with relevant legislation and requirements, and maintaining an effective Environmental Management System that enables us to create a cleaner and healthier environment for ourselves and future generations." Looking at the pieces of pipes and other debris from their project, I don't see how does this compile with the no-littering legislation of Singapore.

Ouch. How apt the picture with the sign 'End Of Labrador Park'. It may truly be the end.

So much for Singapore's call to be green. If we can't even take care of our own shores, how can we even preach?

It's really no different from every other beach in Singapore, so I can't say I'm surprised.

While Singaporeans in general are -fairly- environmentally conscious, it really doesn't take very many people to mess a place up. After all, 1 non biodegradable plastic bag a week makes a messy beach after a couple of months.

I don't think there's any real point in ranting and raving at "people these days" because what we really mean are "Those Black Sheep". In my view, things'd be a lot worse if our generalisations were true.

There's probably a need to step up cleaning efforts. And where there's construction going on, to insist more on construction contractors cleaning up after themselves - Most people want to keep the beach clean, and while I don't wish to point fingers, it's hard to care after a hard day's work and even harder if it's not your own country's beach.

Something ought to be done about the common litter bugs, I guess, but aside from what's already being done, I'm not sure what else could be; it's honestly, in my view, a huge logistic and administrative headache so unless we have bright ideas, let's not level too harsh an accusation at the authorities, eh?

I've been to Labrador at least 3x as far as I can remember prior to the SP project and I remember the beach in a much better condition than what it is now on all 3 occasions. You would at least expect people to treat our last rocky shore environment with some respect; but hey this is sg and the PAP machine doesn't give a crap about what happens anyway unless there's big money involved. It happened to BBNR/Central Catchment so not surprising this is happening to Labrador. Just looking at this, I have a bad feeling about what they are gonna do to Kranji Wetlands and Sungei Punggol when they develop it for the ABC Waters Project. So well, adios to Labrador. I will cherish the memories I had of the place before some noobs came up with this bright idea.

didn't expect it to be so bad. im in for anything! as long as i am free!