The 14th Anniversary Walk of Sungei Buloh Wetlands Reserve was conducted by Raffles Museum Toddycats on the morning of 9th December 2007. The walk was conducted when the tide was rising. As such, most of the amphibious organisms were covered by the waters. Despite this, we still managed to see some mangrove creatures. For this walk, I was grouped together with the 'undergrads' covering primarily the Mangrove broadwalk.
The zones of this mangrove are broadly identified as the Back Mangrove, Mud lobster mound system, Main forest and the sand bank based on the tidal height, topography and the dorminant vegetation. This mode of classification is however different from the other relatively undisturbed mangrove forests in this Southeast Asian region, where they contain zones of single-species of plants occuring in relation to the distance from the sea.

The walk started off at the Back Mangrove zone, which is the vegetation zone behind the mangrove. As this area is above the HHWST, it is seldom covered by the tide. Here, we spotted a few bright-yellow Sea Hisbiscus flowers hanging high on its trees. This was also the dorminant plant in this zone. Also, a few other species of flora were spotted in this zone.
(Picture from http://mangrove.nus.edu.sg/guidebooks/text/1063.htm)
Proceeding into the main forest zone, tree-climbing crabs were seen aalmost motionless on the trunks of the trees. As such I managed to take a 'close-up' picture of one of them. 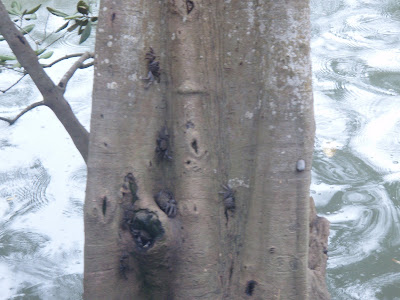 Upon further observation, the claws of the crabs were slim and downward facing. Such structurs were mainly related to their diet which are primarily leaves. This difference in claw structures can be observed with crabs which has thick claws to break open shellfishes. 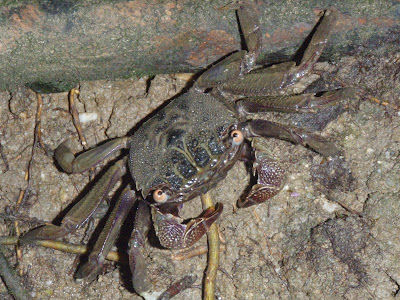 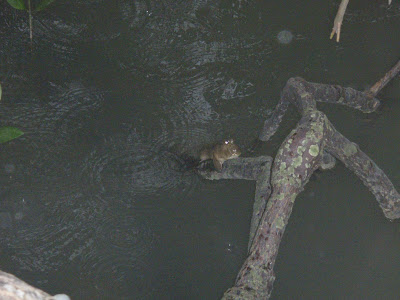 As for the fluna, in this zone, adaptions features such as prop roots and aerial roots to deal with the conditions of mangrove were seen 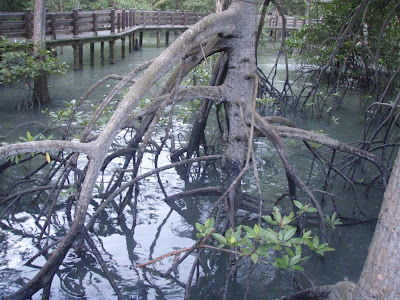 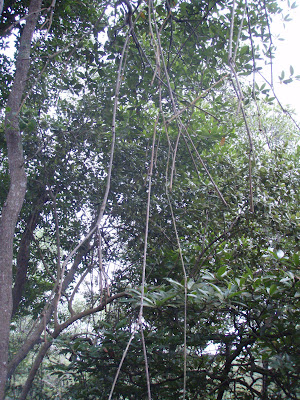 As it began to pour as we reached the sandbank zone, we seeked refuge under on of the shelters along the broadwalk. There, we spotted a horseshoe crab was seen swimming inland. It was exciting for me because I never seen a swimming horseshoe crab before. As the whole body is aromourised, only the posterior horizontal flap of the crab was seen flapping up and down. The remaining parts looked as it was not moving at all. 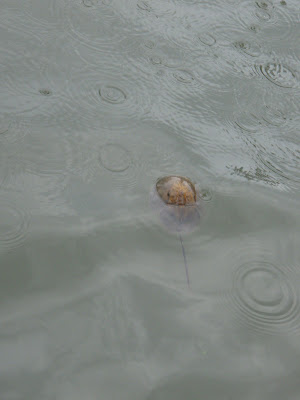 Due to the rain, as well as the rising tide, we did not manage to see much for the remaining portion of the walk. However, it was still a fruitful one though. 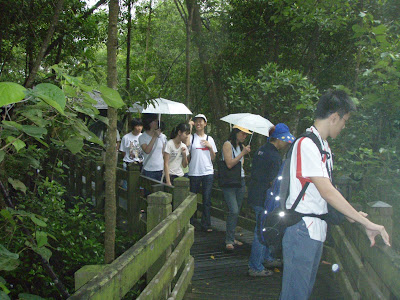